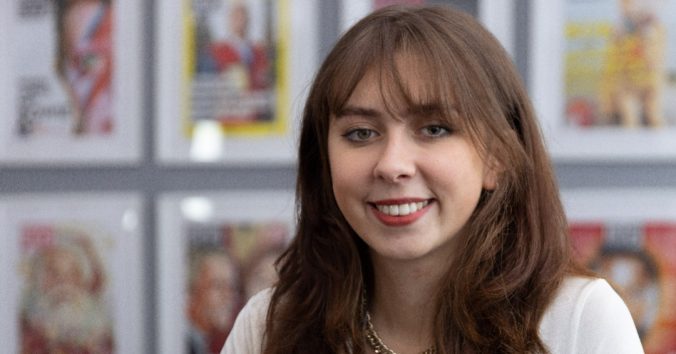 When she qualified from the National Film and Television School, Eliza thought she was at the start of a new career. But her move from education came at one of the worst times imaginable: the very start of the pandemic. With her career on forced pause, she was unemployed and stuck claiming universal credit for two years.

Then she learned Big Issue was launching a scheme to help young people from disadvantaged backgrounds, or in a long-term unemployment cycle, train to work in the journalism industry. The Breakthrough scheme was running in part-partnership with the government’s Kickstart initiative – set up for young people claiming universal credit. Following this route, began a six-month trainee placement with Big Issue. Trained by the experienced team in the Big Issue newsroom, Eliza and her Breakthrough colleges were paid the London living wage and brought their own stories and perspectives to the role.

“I now feel purposeful, assured and on track to develop a career in documentary producing,” said Eliza.

“Eliza earned her place,” said Big Issue editor Paul McNamee. “She is a talent and I’m glad that Big Issue is the sort of place that will offer opportunity, no matter where people are coming from. We want to help them develop and seize the chances Big Issue presents.

To see Eliza in action, head over to the Big Issue’s TikTok account now.

Thank you for signing up!

© 2022 The Big Issue | Powered by Careerleaf Job Board Software In Partnership With Adzuna v.3.8.5
We use cookies to ensure that we give you the best experience on our website. If you continue to use this site we will assume that you are happy with it.Ok